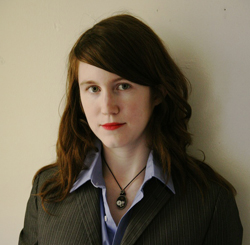 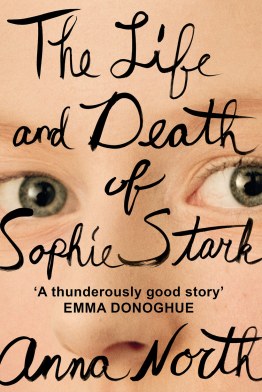 The Life and Death of Sophie Stark

Synopsis: Sophie Stark is a film maker, famed for her unflinching truthfulness in her films. She is viewed through the prism of the memories of the six people who loved her the most in her life, and also the reviews of her films.

I was intrigued by this book before I started reading, wanting to know how different authors handle the challenge of changing view points, and voices. North delivers each of the six view points in the first person, and manages to make them all distinct from each other by more than the mere changing of situations.

Sophie’s not a easy character to understand in general. Her devotion to making good films drives her to hurt people, and in some cases, hurt herself. She is subjected to having her head shaved on camera, during college, by a vindictive girl named Cece for sleeping with Cece’s boyfriend Daniel, and made to say ‘My name is Sophie Stark, I am a worthless nobody. Nobody gives a fuck about me or my ugly rotten cunt’ but instead of taking the route that other people might have done, of taking the film to the police, or the university staff, Sophie opts to include it in the footage she has collected of Daniel, and make it into the ending of the film.

Her devotion to making truthful films, is in part what drives a wedge between her and the three people who express romantic love for her, in their memories. She still has a strong hold on Daniel at the time of her death, despite the fact that he is involved with another woman, and hasn’t really known Sophie since college.

She manages to develop a relationship into the marriage stage, but then opts to make a film about her mother in law, which shows the older woman in a way that her husband Jacob was unable to accept. The memories that Jacob shares, include a rather touching episode in which he teaches Sophie to swim.

It’s one of the few times that North has Sophie show a vulnerability. She is often portrayed as speaking with a very level almost monotone phrasing, and doesn’t seem to understand how her behaviour might affect others.

North has created a memorable character in Sophie, but ultimately I’m not sure that I like her. She’s fascinating but unknowable, which I guess is the point. North is a talented writer, producing some interesting view points, such as Allison, the actress that Sophie uses most often in her films.