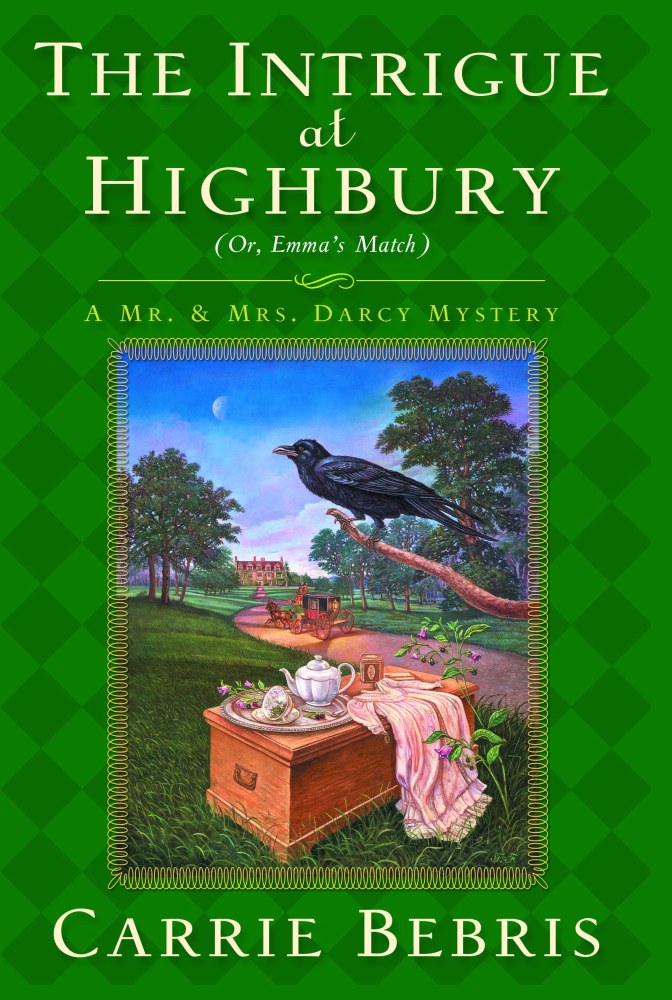 Intrigue at Highbury or Emma’s Match

Synopsis: Elizabeth and Darcy are on their way to stay with Colonel Fitzwilliam, but are robbed when travelling through Highbury. They seek out Mr Knightley in his function as magistrate, not knowing that he has a mystery of his own to solve. Frank Churchill’s adoptive father Edgar has been poisoned during the celebrations of Frank’s marriage to Jane Fairfax. The Knightleys and the Darcys come together to solve the mystery, when they realise that the poisoning and the theft are connected.

I always enjoy Bebris’s mysteries involving the Darcys, and this one is no exception. Bebris has a clear handle on Austen, understanding the inner workings of her characters, and reproduces them without any glaring changes. She has Emma be up to her old tricks, attempting to provide Miss Bates with a suitable match, after Mrs Elton decides that a mentally challenged farmer would be the ideal husband for Miss Bates.

Elizabeth is as forthright and perceptive as she was in Pride and Prejudice, her interplay with Darcy including some funny dialogue. She and Emma become friends rapidly, bonding over their husbands’ mutual love of husbandry, and sympathising with each other.

I like the fact that we get to see different characters from Austen’s novels interact, and it’s always in a natural way. I don’t think I’ve seen them act in a way which seems counter to the characteristics that Austen originally gave to them, and I’ve read each of Bebris’ Darcy focused novels multiple times.