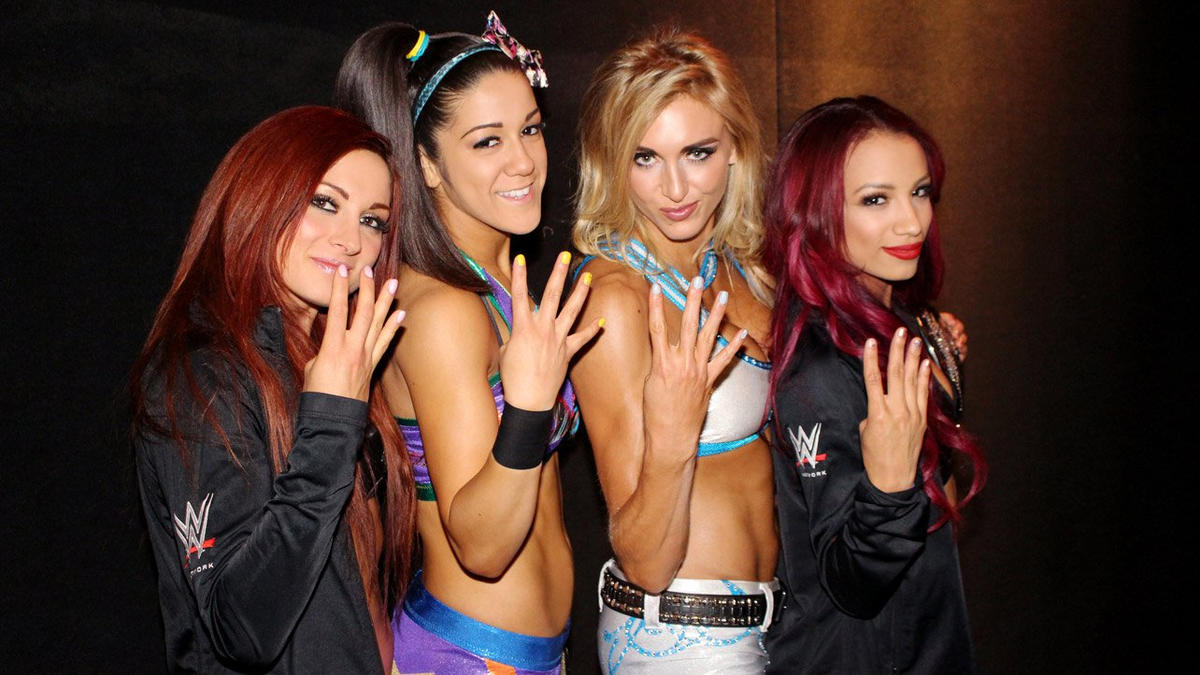 The Four Horsewomen of WWE (Sasha, Bayley, Becky and Charlotte)

I had to put these four into one post, because they all as a group are what has sparked my interest in watching women compete in WWE again. It’s nothing against the other female superstars, who all exert more physical effort in one week than I have done in my entire life. It’s just there’s something in the friendship which exists between the four and the way that their personas have been crafted that strikes a stronger chord with me than any female superstar has done since AJ Lee retired from in ring competition.

The glee she exudes at being part of the WWE is lovely, and she clearly hasn’t forgotten how it feels to be a fan. She comes across as one of the friendliest and most approachable superstars, always making time to interact with the fans on the way to the ring.

She never seems to let things get her down for too long, and the WWE creative team have given her a number of challenges in the storylines.

Bayley- Lights will guide you by Fringe Kid

I think she’s great, such a fearless performer, with incredible physical strength. She seems to have the same kind of goofy enthusiasm about being there that Bayley does. The behind the scenes stuff, when she and Charlotte post instagram videos are funny, with her constant puns. BEST OF WWE’s Becky Lynch and Charlotte Flair (PART 1) (FUNNY) (Snapchat & Instagram)

Sasha is clearly a determined individual, and like the other Horsewomen has long been a wrestling fan. It’s well known by people that watch WWE that Sasha thinks of Eddie Guerrero, as one of her personal wrestling heroes. It’s her willingness to do anything to her body in order to get her goals which reminds me a little bit of Shawn Michaels. The friendship between her and Bayley is well established, and there have been many endearing moments broadcast between the two.

Her impressive athleticism is undeniable, and as she is Rick Flair’s daughter, she has been raised within the wrestling world. In interviews I have seen she shares the determination of the other horsewomen to keep raising the bar for women wrestlers, and that’s obviously a incredibly admirable trait to have.

Charlotte Tribute – I Am Coming Home created by the Guy

Charlotte Flair MV All I Do Is Win created by DubSBrizzi

A selection of matches for the four

The four of them have been able to prove that women wrestlers are just as capable of putting on long matches filled with high impact moves as men. There had been a tendency in previous years to have less focus on women performers, and give them storylines that played into stereotypes.

Bayley and Sasha Banks hold nothing back in brutal, high-stakes match: Raw, July 24, 2017