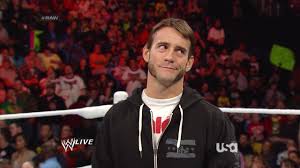 He’s funny, and the storylines with him and AJ, were a large part of why I liked him. I didn’t see much of him while he was the leader of the straight edge society, only seeing the clip on Youtube when he was menacing Rey Mysterio before his young children. I have to admit that he was a great villain, I actively disliked him for making Rey’s daughter cry. Clip uploaded by NoMoreSorrows123

It didn’t hurt his appeal that he’s handsome, but more than Brooks played it as a man that spoke what he saw as the truth. He was clearly meant to be more of a face, in the storylines where there was a love triangle between him, AJ and Daniel Bryan.

There was something likable about how the character was supposed to act around AJ, I obviously don’t know how much of that was Brooks’ own feelings, seeing as he and April Mendez are now married in reality. I’m obviously not the only one that liked the pairing, to judge by the amount of fan videos dedicated to them on youtube.