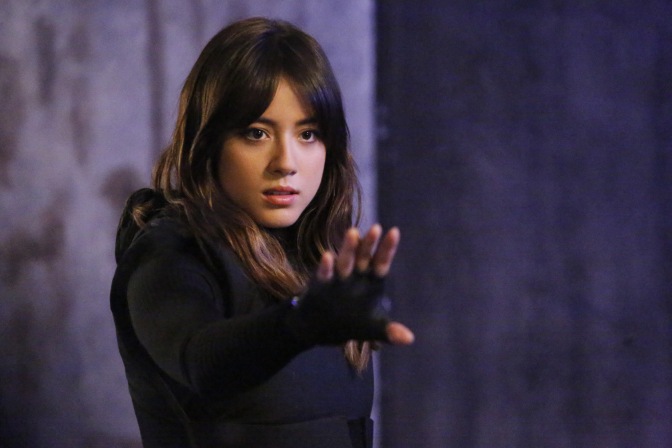 Skye’s funny, and good natured pretty much from the first moment we meet her. She makes a great addition to Fitzsimmons, interacting better with them than the older members of the team at least at first.

It’s also obvious during the first season that Skye can think quickly on her feet, coming up with plans even when under intense pressure. It’s the loyalty that she feels, for people that is possibly one of her most endearing traits. She’s a survivor, but has never let herself become twisted by the fact that her foster parents seemingly didn’t want her, transferring her back into the orphanage. It’s the difference that is most glaring between her and Ward when it’s discovered that Ward is a member of Hydra, Uploaded by possemagnet

She believes in people, but isn’t blinded by that, and allows Ward to live, but stands by when May fights him, uploaded by Skye Ward. I think that her ability to adapt is particularly strong, not even stopping her when she becomes a inhuman, capable of creating earthquakes.

Skye is in many ways similar to Kaylee from Firefly, as she is undoubtedly the heart of the team, something shown numerous times, but very strongly when she is shot. Uploaded by Marvel Entertainment, May’s reaction is the best, because she’s not really shown any emotion towards Skye up until that point, and Wen plays it perfectly in my opinion.

Background song Some Nights by Glee Cast: uploaded by ShortieeIvy489