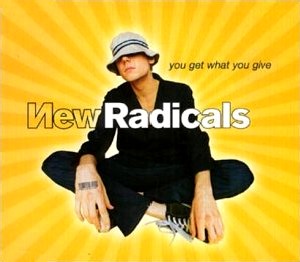 Get what you give

‘This whole damn world can fall apart. You’ll be OK, follow your heart’

It’s one of my many go to songs when I need to hear something optimistic. I love the lyrics all about not giving up on your dreams, and trying to be the best version of you that you can be. I was 16 when it first came out, and I loved it, from the moment I saw the video. It gave me confidence during some of the low moments that everyone has during high school.

I wasn’t surprised that the Glee cast covered the song, given how much optimism existed in that show, it was kind of perfect for them to do.