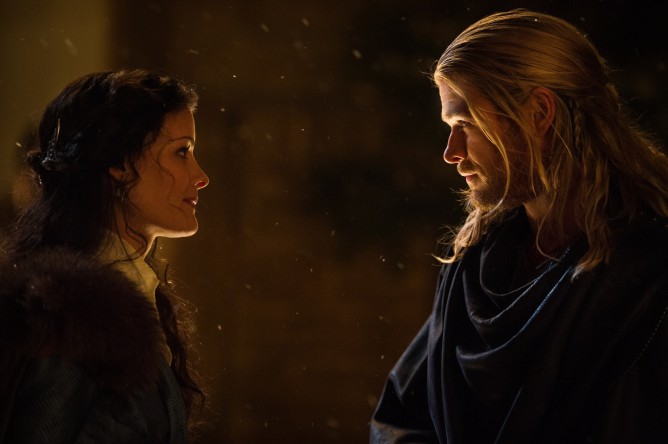 I think there’s something endearing about the pairing, from their first interaction, when Thor is trying to persuade Sif and the warriors three into following him to Jotenheim. He evidently has been meant to have supported her for a number of years. Thor, Loki, Sif & the Warriors Three extended scene posted by Huginn

That loyalty, is returned wholeheartedly by Sif numerous times over the course of the first two films. She commits treason in both, in a bid to help Thor. The first time is when she and the Warriors Three come to earth, despite Loki’s orders, Vanne Henley’s video of Sif and Warriors Three’s arrival on earth, and the second time is when she fights against Asgardians, to free Jane, despite her personal feelings for Thor in ‘Thor the Dark World’.

The banter between them, is really quite funny, and I love the fact that the two characters clearly are designed to be physical equals. Clip posted by IGN. She’s more than capable in battle, and is in some ways more impressive, I’m thinking especially of the leap in the first movie, onto the back of the Destroyer.

Here’s hoping that the third Thor film will finally have more scenes between Alexander and Hemsworth.

Some of my favourite fan videos for the pairing

Video made by Painappuru Shoujo

Fan video with King and Lionheart