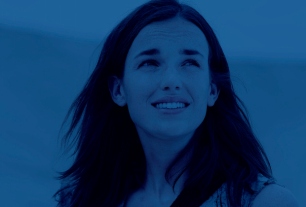 MARVEL’S AGENTS OF S.H.I.E.L.D. – “4,722 Hours” – After her dramatic rescue from another planet, Simmons is still reeling from her ordeal and reveals how she had to fight for her life in a harsh new world, on “Marvel’s Agents of S.H.I.E.L.D.,” TUESDAY, OCTOBER 27 (9:00-10:00 p.m., ET) on the ABC Television Network. (ABC/Tyler Golden) ELIZABETH HENSTRIDGE

It wasn’t until the episode when she gets infected by the alien sickness, and jumps out of the plane, that I realised just how much I had come to like the character.

She’s admirable because she evidently cares a good deal for her team mates, and has more courage than I think I would have in a similar situation. I would hope that I would have the level headed compassion, and selflessness to do such a thing, but I doubt that I would have been able to think so clearly.

There are so many comedic situations arising from her inability to tell a lie, and I love the bond that slowly builds between her and Skye. The two characters acknowledge their many differences, but still maintain a tight friendship. It’s realistic, as you’re obviously not going to have exactly the same point of view with each of your friends, but that doesn’t mean that they’re not important to you.