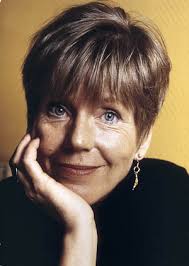 The blurb on the back, is that a 16 month old baby boy is found drowned in a pond by his home. Chief Inspector Sejer, is called to the scene because there’s something unusual in the mother’s reaction.

Fossum once again creates characters that are believable, and a narrative which readers will want to follow. She doesn’t paint anyone within the novel, as being ‘good’ or ‘evil’ outright. Carmen, the mother is a very young woman, only nineteen at the opening of the novel, and she seems to be adamant about moving on quickly.

Despite the parents’ very different reactions to the death, I didn’t really believe that the mother could have had anything directly to do with the little boy’s death. Fossum paints her as someone whose method of coping is to concentrate on getting things done. Carmen focuses

He has Down’s Syndrome, and that is revealed to have been more of a issue for the mother, than the father, Nicolai. He is a bike repair man, who had been working on a bike the day that his son died. He had left his wife, to deal with their little boy as well as preparing lunch, and a part of his grieving process is wrapped up in guilt that he might have been able to prevent their son from drowning.

I think that the way that Nicolai deals with his son’s death, is in some ways influenced by the fact that he lost his parents at a early age. Fossum uses the different family backgrounds, as a possible reason why the two parents might have different responses to the same tragic event.

Fossum concentrates on the point of view of the two parents, and takes her time with that, so that the conclusion did to my mind seem to be a little rushed, and somewhat pat. It wasn’t exactly a disappointment, the way that Inspector Sejer finds out the truth, but it was more than a little cliche.