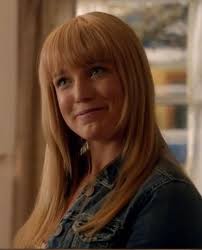 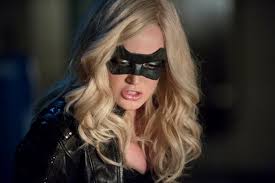 ‘No woman should suffer at the hands of man’

Sara Lance is the most interesting of the Lance family, and to me Caity Lotz is the most able of the female actresses portraying a member of that family. No offence to Alex Kingston and Katie Cassidy, who are both very talented. It’s just that Caity Lotz, there’s something about the way that she plays Sara, which interests me more than Dinah or Laurel do.

To the best of my knowledge, Sara is the first bisexual character I’ve come across in superhero/fantasy television. I know that Willow Rosenberg had relationships with both male and female characters, but Tara is by and large accepted as being the most significant love interest for her. I know that doesn’t mean that she necessarily was supposed to be a lesbian, but in my head, she was more attracted to women than men.

I think that Sara is equally attracted to either sex, making her more bisexual, than anything else. However that’s not the main reason I like and respect her characterisation.

It’s because of one simple line, the quote above. I like the fact that the writers have opted to choose that, as Sara’s raison d’etre. I don’t think that any of the other female heroes that populate the series have acknowledged the reason that they want to don masks, and protect the city, and if they have, then it’s not been such a admirable and memorable line.

I know that she’s made mistakes, the first and arguably the most important that we’re aware of, being sailing away with Oliver, who happened to be her sister’s boyfriend at the time. It kickstarted the five years of hell, and resulted in her family believing that she died for the first time.

The Queen’s Gambit, and everything that happened afterwards, helped mould Sara into a extremely powerful woman. She is capable of speaking fluent Chinese, capable with numerous different weapons, and adaptable enough in her fighting style, to swap weapons in the middle of a fight, like when she and Oliver take down the weapons dealing Mayor.

I know that we have seen Laurel use Oliver’s bow, but that was after he had made it as easy as possible to use, and given her a brief tutorial. It appears as if Sara’s time in the League of Assassins, taught her to be proficient with several different types of weapons, as she uses it cold.

It seems to be that the biggest flaw that Sara possesses, is that she is impulsive, and follows her heart without thinking too much of the consequences. She makes the same mistake as she did, in boarding the Queen’s Gambit, when she opts to start another romance with Oliver. It causes another rift between the sisters.

Her greatest strength, is arguably how loyal she is. She returns to Starling City, only to protect her family, in the wake of the Undertaking, and acts as guardian angel to Laurel in particular. The loyalty also surfaces when Roy is threatening John Diggle, while in the midst of a Mirakuru episode, as Sara is prepared to put a arrow through him.

The friendship which builds between Sara, Felicity Smoak and John Diggle is much more seamless to my mind than the initial relationships between them and her sister. She is valued, after her death enough for John and Lyla to name their first born daughter after her, and Felicity uses some of the self defence lessons that Sara imparted, in order to disarm her gun toting ex Cooper.

Sara seems to have more lines asking for John and Felicity’s opinion, even after she and Oliver have begun their second romantic relationship. One that I recall with a smile, is the conversation after the Huntress comes back to Starling City. Oliver has departed, having already said what is going to happen, but Sara asks ‘what do you two think?’, which gives Felicity the opportunity to say ‘if the Huntress shows up, you should totally kick her ass’. 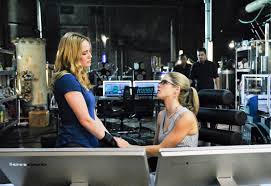 It’s something that Sara takes to heart, and the two fights between her and the Huntress, are a highlight of the episode. Sara’s always been a impressive fighter, but the Huntress’s absence is clearly supposed to have been a opportunity for her to improve as well. The stunt when Sara comes out of the window seems to be particularly well executed to my eyes anyway.

I was terribly upset by the events of the third season premiere, as we had no knowledge of how Sara’s story line would progress. It seemed to me that the story runners of yet another show were killing one of the more interesting female characters off, in a bid to advance the hero’s storyline. I hated when they did that to Shado, and was even more annoyed at them seemingly doing it to Sara. 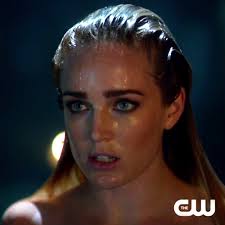 The recent resurrection, and the knowledge that she will soon be on Legends of Tomorrow is terribly exciting. It gives me hope that I will be able to see more of Sara’s back story, unfold, and even better see Nyssa and her interact once again.

Their romance, is one of my favourite pairings within the Arrow/Flash universe, and I will be dedicating a blog post to the reasons why I love them at a later date.