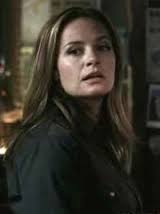 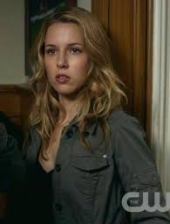 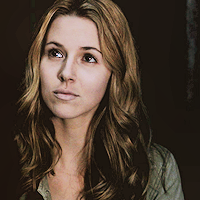 I’m still not over the way that Jo and her mother left the series. That scene in the hardware store, when Ellen’s left alone, god I still cry over it, nearly six seasons later.

I loved Jo from the first moment that we see her, holding the shotgun on Dean. Admittedly standing a little too close, enabling him to disarm her with ease, but the punch to the nose is a great follow up, and gives her the distinction of being, as far as I’m aware, to be the first woman who physically bested Dean Winchester.

The slender girl, and her no nonsense mother Ellen rapidly became my favourite female characters within the show, and I found them to be a interesting counterpoint to John Winchester, and his boys. Ellen had suffered the same loss as John, losing a spouse to demonic forces, but instead of taking to the roads in search of other supernatural beings, and or falling into the bottom of a bottle, we see that she had given her daughter as stable a upbringing as she was capable of providing. Surrounding her with other hunters yes, but having a stable, and permanent home with income constantly coming in, legally.

That is not to suggest that Ellen didn’t grieve just as deeply as John did. When we meet the Harvelles after John’s death, she is clearly still trying to cope with something in the past, that occurred between the two families, but she still opens her bar to the boys, and attempts to connect with Dean.

The two women appear infrequently in person thorough the remainder of the second season, but Jo still grows as a character. She evidently idolises her father, perhaps after hearing stories about him from the other hunters frequenting her mother’s bar, and it’s a conversation with Dean during the hunt for HH Holmes that truly opens this character up.

She reveals what she remembers of him, despite being a very young child at the time of his passing, and the way that Alona Tal delivers the speech is filled with a vulnerability, and a wistfulness, but more than that, a pride and a hope that her father will be proud of her, that moved me. It also is the first time that Dean opens up about his father to anyone outside of Sam.

Jo doesn’t reappear until the second episode of season five, but her mother is part of the assault at the end of season two. They are mentioned in the fourth season episode, when Dean and Sam believe that they are ordinary workers, and Dean reveals how much he values both Ellen and Jo referring to them as my mother Ellen, and my sister Jo’.

When we are reintroduced to Jo in person, she has clearly gained experience in hunting, and her mother trusts her enough to allow her to attempt solo hunts.

We see that Dean appreciates the differences that have occurred in Jo, over the intervening three years, and I choose to believe that it’s more than the usual ‘see a pretty girl and hit on her’ response that Dean has.

Admittedly it does take another eight episodes before we see the Winchesters and the Harvelles working together again. The episode ‘Abandon All Hope’ is both one of my favourite and my most upsetting episodes of the entire series. I think it’s very well written, and exceptionally well acted, especially the scenes in the hardware store and Bobby’s home, and gives the Harvelles a worthy send off. I just wish that they hadn’t been sent off in such a fashion.

I loved watching them, and a small part of me, was hoping that once the series itself was coming to a end, that Dean would be in a emotionally secure place and able to commit to Jo.

She, more than any other female character I’ve come across, watching the show, seemed to be what Dean needed in a partner. Lisa, from the third season was cute and all, but she didn’t understand the hunting world, being as she was a single mother working as a yoga teacher. She ultimately craved a ‘normal’ boyfriend.