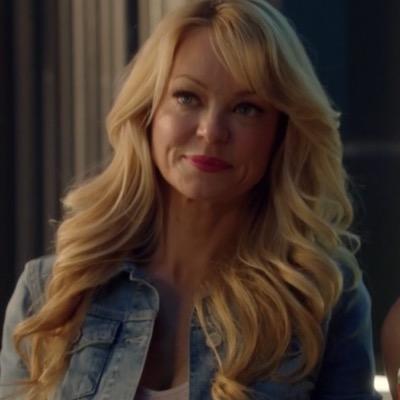 There is so much to love about Donna Smoak, from the first excitable and utterly techno phobic entrance at Felicity’s door I have adored her. She serves as a utterly charming alternative to Moira Queen’s driven and completely ruthless matriarch. Not to say that I didn’t love Moira, the HBIC of Arrow, provided so many great lines, and possessed some of the best outfits of the older characters.

Donna clearly passed on some of her social awkwardness to her daughter, but has a steel backbone, activated for the first time when Felicity’s ex was threatening her in episode 305, ‘Hey, hey, you want to wave that gun at me fine, but don’t you dare threaten my daughter…’ and didn’t let his attempt at a retort distract her ‘try a single mom who’s worked sixty hour weeks in six inch heels for tips to raise that genius child you see right there. I might not understand all this cyber whatever, but I know without that gun, you wouldn’t last ten seconds against my girl’

She provides some of the sweetest maternal advice in episode 406, during the time that Felicity is freaking out, something that all of the main characters have been sadly missing. Well after embarrassing her daughter once again, with her terrible cooking skills (seriously how can a chicken be burnt and raw at the same time?), and her very audible aside ‘the best thing about being in a arguement is the make up sex’.

The scene in 406, in Felicity and Oliver’s bedroom, when Donna confesses ‘nobody has ever looked at me the way that he looks at you’, trying to convince her daughter that losing yourself in someone who returns your love isn’t always a bad thing. I felt my heart break just a little for this bundle of sunshine bound up in some of the tightest dresses and highest heels I’ve ever seen.

I think it’s one of the sweetest ways to describe a relationship that I’ve yet heard a television character say, and of course leads indirectly to the much anticipated yin and yang kiss, as it was called in the Olicity strand on tumblr.

The affection between Felicity and Donna, on screen, is something that the actresses clearly share in their real life interactions. Charlotte Ross hasn’t exactly been shy about her admiration of Emily Bett Rickards both professionally and personally, and that goes the opposite way too.

Anyway I hope that the fact that Donna and Lance met in 406, could mean that Donna, and her vibrant personality could be stopping by Star City much more often.