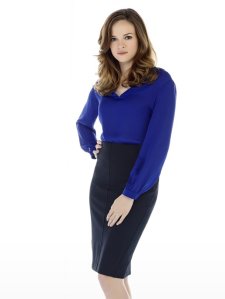 I haven’t read the comics, so I have no idea how important or otherwise Caitlin is, outside of the show, but I have to say that I really like the way that she’s written. The stoic exterior which she presents to the world throughout the first few episodes is completely understandable, given all that the writers have given her to cope with. Danielle Panabaker plays her very well, and the speech at the air field, when she lets her guard down a little, was when I developed a huge soft spot for her.

Her intellectual ability is obvious from the first episode, and we see flashes of her compassion, and her warmth when she interacts with Cisco and Barry in particular.

http://www.youtube.com/watch?v=ww1jkUc3WTo, is a list of 80 reasons to ship Barry and Caitlin, created by SterOlicity&SnowBamon. I don’t really have a strong feeling either way about who Caitlin should be romantically involved with, but it details many of the positive qualities inherent in Caitlin’s character. Her loyalty, her ability to encourage others, her quick thought processes, her honesty are all evident in the video.

Another reason that I think the character’s great, is how she reacts when drunk, revealing a different side of her, a vulnerability that was infrequently shown throughout the first season. http://www.youtube.com/watch?v=lTxJ1mL4m-g, a clip of Caitlin and Barry when they return to her home, after their night out. (published on youtube by Vladimir Jeger)

She serves as a comparison and a counterpart to Felicity Smoak, who exists in Arrow. The two incredibly intelligent, rather socially awkward, but warm hearted women acting as the anchor for part of the audience, in the shows’ heightened reality, as well as encouraging, protecting and inspiring the superheroes that they’re allied with.