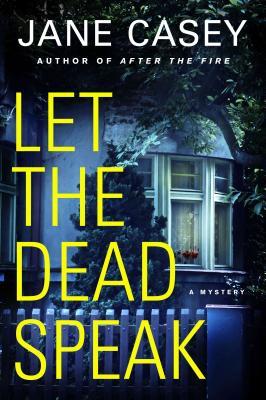 Chloe Emery comes home to find there’s blood everywhere and her mum’s missing. She is interviewed by Maeve Kerrigan- a newly promoted Detective Sergeant who suspects that Chloe is keeping secrets.

Casey introduces Chloe and her troubled relationship with her stepmother Belinda straightaway, as Chloe is still thinking about some of the comments that Belinda has made when she returns home. Casey writes the first chapter from Chloe’s third person point of view, and allows us to see that Chloe sees the world in a slightly different way to many people. Chloe is not confident about reading other people’s reactions to her.

The majority of the novel is from Maeve’s first person point of view, and she’s quite a astute observer of those around her.  Maeve doesn’t have a lot of time for her DC Georgia, considering her to only really respect those who can advance her career within the police.

Casey creates a well structured and complex mystery, with a interesting central investigator in Maeve. I found myself feeling tremendous sympathy for Chloe, and her friend as well. Casey isn’t heavy handed with her characters, creating some distinct and memorable people within the novel.