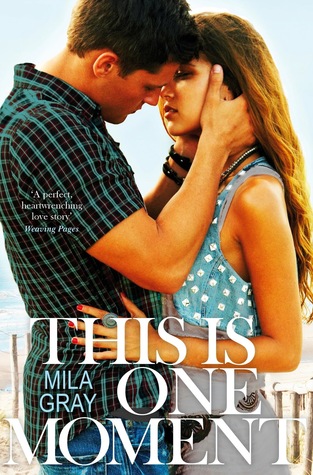 This is one moment

Didi Monroe, a medical intern has been having a romance with Zac Ridgemont who is a famous film star, but then meets a wounded marine Noel Walker. He is very closed off because of the trauma he’s been through, and doesn’t really want help from anyone but Didi is still drawn to him.

Gray chooses to flip between Noel and Didi’s points of view, each having a chapter in turn, and it gives us as readers the opportunity to see both sides as the relationship unfolds. Didi is a kind and sweet character as you would expect, given that she needs to bring Noel out of his depression, and to help him cope with life changing events.

Gray creates a cast of distinct and memorable characters to surround the central couple, each of which have their own complex back stories. Noel forms a friendship with a aspiring artist Dodds who has been through trauma due to the war, and also connects with Sanchez- a fellow soldier, and Sanchez’s wife Valentina.

Valentina is a caring and forthright woman who endeavours to keep Sanchez and his friends connected to the world despite their injuries. She even tries to get Noel romantically involved with her cousin Angela after his fiancee calls off the wedding, due to doubts that she would be able to cope with a visually impaired partner.

By and large the characters are a likable and relatable bunch, and I did feel a genuine sadness when it comes to Dodds, and the other marine characters who have clearly been through extreme situations. Gray seems to have a great understanding about what goes on in a military hospital and what those that are injured in war might require in terms of their recovery.

It’s a tear jerking, and emotional read with two genuinely likable leads in the romantic storyline.