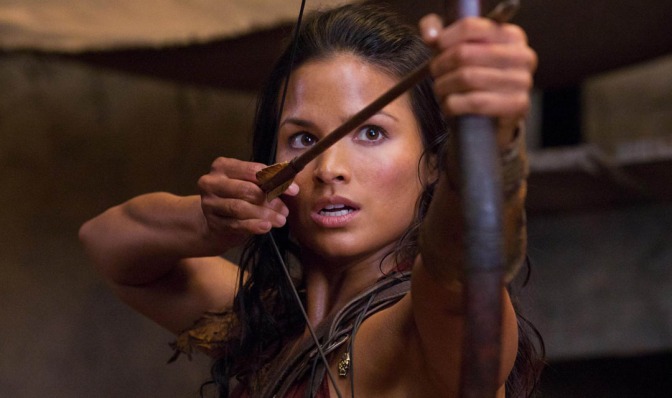 This character was one of my favourites from early on in the show, because she never let her feelings for Spartacus blind her, or let him get away with disrespecting her. She clearly had stronger feelings for him, than he had for her, given the fact that he still had strong feelings for his wife, and instead of staying in the relationship for convenience or protection, she had the strength to end the romance.

It was the first time that I had seen Law in a show, and I liked the physicality that she brought to Mira. Mira was initially a slave, and joined the rebellion, she was the reason that Spartacus and the other gladiators were able to get into the main body of the house. During the later seasons, Mira became more and more proficient with weaponry, and was one of the most skilled archers within the camp.

Her loyalty and her strength of will are two qualities that I particularly like within her. She displays her loyalty to Spartacus and to the rebels at large more than once.

The character was written to be believable, and seemed to me to be relatable even despite the fact that she was supposed to have inhabited the more brutal world, of 73BC, and suffered things that I thankfully have no first hand experience of.

Background song: Take it all by Adele video created by axlegoddess