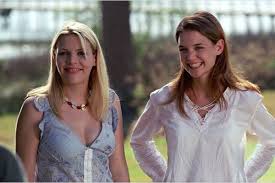 I liked the friendship between these two opposite characters, pretty much from the start. Joey hadn’t really had been given a female friend of her own age, who was first and foremost her friend, before Audrey was introduced.

I know that she and Jen had started to become friends, after the very rocky start, but both Jen and Andie had entered Joey’s orbit because of their romantic connections with Dawson and Pacey. Audrey was introduced as Joey’s roommate, the over exuberant and very excitable girl making Joey lighten up. Joey sings at a bar

It was nice to see the return of ‘Other Joey’ due in part to Audrey’s influence, and the concern that Audrey displayed in refusing to start anything romantic with Pacey, before Joey had said it was okay, was quite a sweet thing.