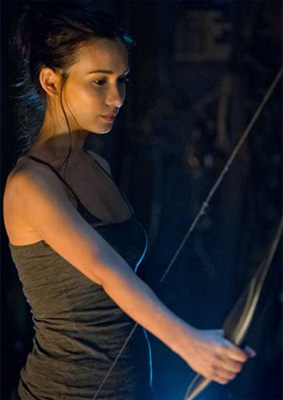 There is so much that I love about this character, not least is her strength, and I don’t mean just physical strength. She possesses enough physical ability, to impress Slade Wilson, a Australian Special Forces soldier, after being trained by her father.

She is academically very able,  and evidently possesses enough patience and skill to be able to pass on some basics of archery to Oliver. It was nice to know that her and her father were the ones who first helped Oliver learn the weapon that was going to become his signature.

Her loyalty is absolute, and she will do anything to protect those that she cares for, risking her life to rescue Oliver and Slade more than once. She evidently had a positive and long lasting influence on Oliver, as he used her hood even when he was back in Starling City, as a way of honouring her and her father.

I have to confess to being slightly disappointed that the writers opted to have her form a romantic attachment to Oliver, it just would have been nice to see Oliver have a entirely platonic relationship with a woman that he wasn’t related to.